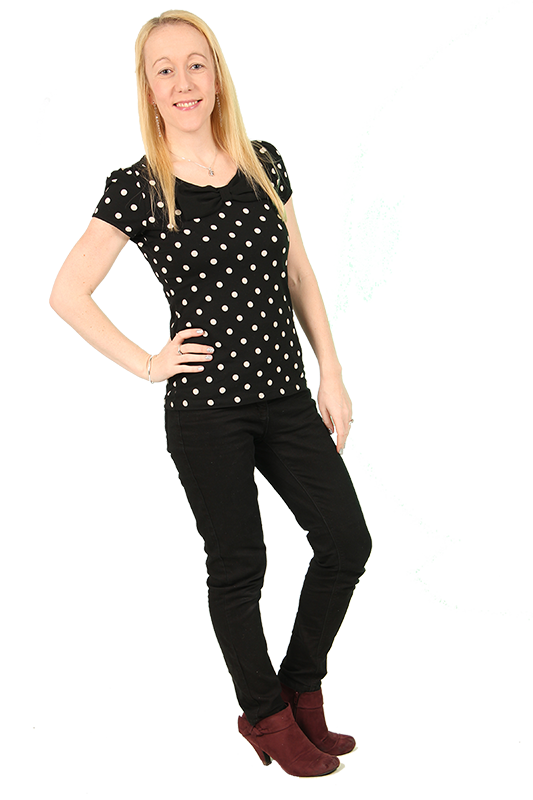 Michelle started her training in dance aged four, with the IDTA, where she specialised in Tap. She began playing piano at ten and drums at eleven and first took to the stage as Tessie in ‘Annie’ at the Barnsley Civic in 1992. She then began performing annually at the Barnsley Civic in their annual pantomimes when she was thirteen.
At sixteen she left home to study at Oldham College and continued to develop her performing skills, whilst also working as a tribute act and performing professionally in theatre in musicals and drama productions.
After completing her degree at Manchester Metropolitan University, she took the opportunity to travel, first living in Girona performing in productions of ‘Grease’ as Sandy, and ‘Rocky Horror’ as Magenta and then lived in Fuerteventura where she was the entertainments manager for First Choice hotels.
Upon returning to the UK, whilst studying for her teachers qualifications, she worked for a range of educational establishments from pre-primary to degree level and also took the opportunity to work in television, for the BBC in productions of ‘Real Story’ and ‘Life on Mars’, and for Channel Four in their series of ‘Legless’. She is a fully qualified lecturer with PGCE and QTLS, and has been the musical theatre coordinator for Wakefield College, Leeds City College and lectured at Sheffield College, Barnsley College and CAPA.
She is currently an Associate Member of the exam board for LAMDA as an international examiner and team leader, and has travelled to places as far as Luxembourg, Vietnam and Bahrain to examine in performance and communication.
Michelle was one of the collaborators with LAMDA on writing their current musical theatre syllabus and supporting teacher guidance, and regularly offers workshops for teachers and educators on musical theatre training and teaching, has ran workshops for LAMDA in London to train in teaching musical theatre, as well as being a freelance practitioner and has ran workshops at Leeds City Varieties, West Yorkshire Playhouse and many other venues. Michelle regularly writes articles for various publications on musical theatre and is a published theatre critic. For the past three years she has supported ITV in their series of ‘The Voice’ for the Barnsley round of auditions. She recently qualified as a Counselling Practitioner, Life Coach Practitioner and CBT Practitioner with the Modern Academy of Applied Psychology.